The gingerbread man and the Grinch are now for sale. They are no longer free as stated in the video. Please stay tuned and follow my blog for future sales. If you are interested in making these dolls, please click on the images below to buy the patterns. If you would like to see what the dolls look like before you purchase the patterns, please feel free to watch this video below.

I have been a fan of Miyazaki films since I discovered them years ago in college. They just have a feel to them that other cartoons in the US don’t have. They’re wholesome and they teach kids many life lessons. They empower kids and make you feel enchanted after watching them. My favorite one is Spirited Away. At first I just liked this movie and then the more I watch it, the more I fell in love with it. And being me, I just had to make the characters. It wasn’t until recently that I started making them. My kid’s birthdays fall on May, June and July and I decided that this year, I would make them dolls. I had to start in February because I didn’t think I would finish in time. I had already given myself a big project of crocheting all our ornaments for December (more on that in another post). So I didn’t plan to make this doll gigantic but it just turned out that way as I was making it. It filled the entire bed and for months my husband had to battle this giant dragon for space on the bed, lol. At some point I never thought I would finish. It probably took me 2-3 months and about 4-5 skeins of yarn. I looked at numerous images online to get the look I wanted (movie and other crocheted dragons). After finishing the dragon, I had to make Chihiro. They just go together. She didn’t take too long to make.

I didn’t write down the patterns but I do have diagrams and some notes on how I made them. 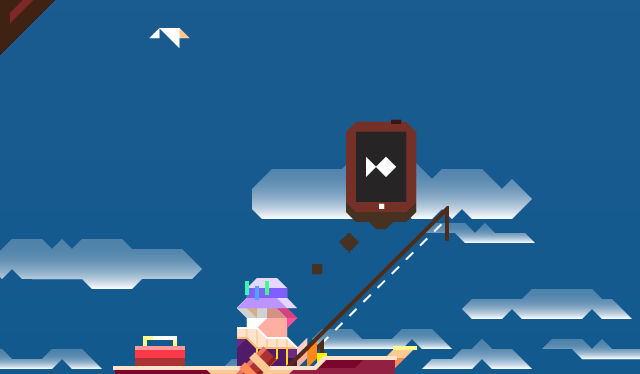 After the finishing the game I went on a mission to get all the fish in the Fishopedia. This task was not easy, however. So at this point I had about ten fish left to discover and catch. Several of them I discovered in Maelstrom. After you finish the game the first time, these special fish become available to you. So the ones that I had trouble capturing were Squid Father (Home Waters), Eyefish (Home Waters), Scepter (Home Waters), Ankh (Home Waters), C.O.G.F. (Home Waters) and Steggo (Maelstrom). I resorted to looking up a guide online to help me capture these creatures. Here’s the guide I used (Guide to Filling the Fishopedia) which was really helpful except for the fact that I could not for the life of me get the game to acknowledge that I had discovered Ankh and Scepter. I was getting quite flustered and annoyed at this point. END_OF_DOCUMENT_TOKEN_TO_BE_REPLACED