This is the first scary horror show I have seen that caught my eye. There’s American Horror Story but that one is more of an anthology. The Haunting of Hill House is a mini series, unless they decide to make more seasons (I hope so!!!!). The show is based on Shirlet Jackson’s book. The story revolves around the Crain family and how Hill house has affected their lives, even after moving out. 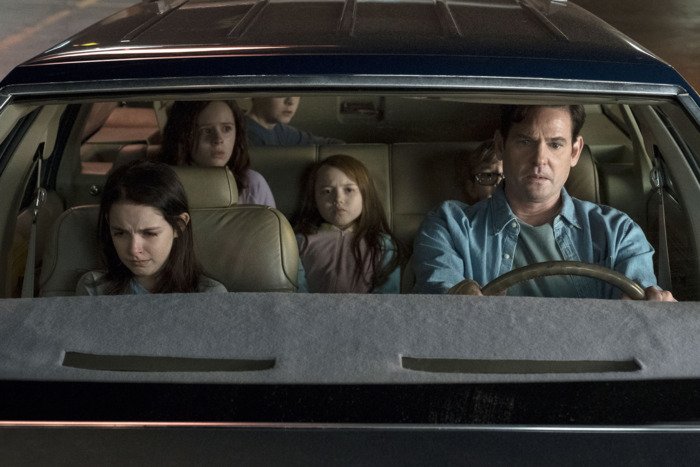 Hugh and Olivia Crain had five children: Shirley, Steven, Theodora, Luke and Nell. Each person was affected by the house in different ways. Olivia Crain was the most affected mentally. Her behaviour throughout could be construed as possessed but such a thing never happened to her. The spirits of Hill house torment the family and eventually drove Olivia mad. Their children coped in their own ways but still felt the grip that Hill house had on them. At some point one of the characters described the house as a person and that the house was hungry for more souls.

I don’t want to delve too deep into the story but I do want to say that this show is phenomenal. It does go a little slow for some. My husband thought the pacing of the show lagged a little but he still enjoyed watching the show. It has a few jump scares but most of the time, the ghosts are hidden throughout the show. I have not looked for them yet but apparently there are ghosts hidden in every episode. How many did you find?

The acting was fantastic and the actors really made you feel what they felt. There were a couple of scenes that were unnecessary but I guess with a Netflix original show, it is inevitable to have mature scenes. The show has a dark look to it which sets the perfect environment for a scary show. I really love the way they tell the story and how they go back and forth from past to present. They story was well written and well directed. Towards the end, everything is explained and I had a feeling of sadness. The whole show just tugged at my heartstrings. I didn’t cry, but it was just sad to me. At the end of the show I wasn’t even scared anymore because thinking of what they went through made me feel for the characters.

I hope they make another season where they delve into the lives of the Hill family. That would be really interesting to see what happened back then. It would also be nice to know how Hill house turned out that way. Why is it alive? How did it become alive? Also, there are some who think that there is a twist in the end. What do you think about that?

Let me know your thoughts below!