It’s a true story of 3 African American women who were mathematicians and worked for NASA’s airspace program. The story focuses on the stories of Katherine Goble, Mary Jackson and Dorothy Vaughan. They worked at West Area Computers which is a segregated area at NASA. Women, in general, weren’t respected at this time and all of the engineers were men. This movie looks into the struggles of women, particularly African Americans in the 1960’s. 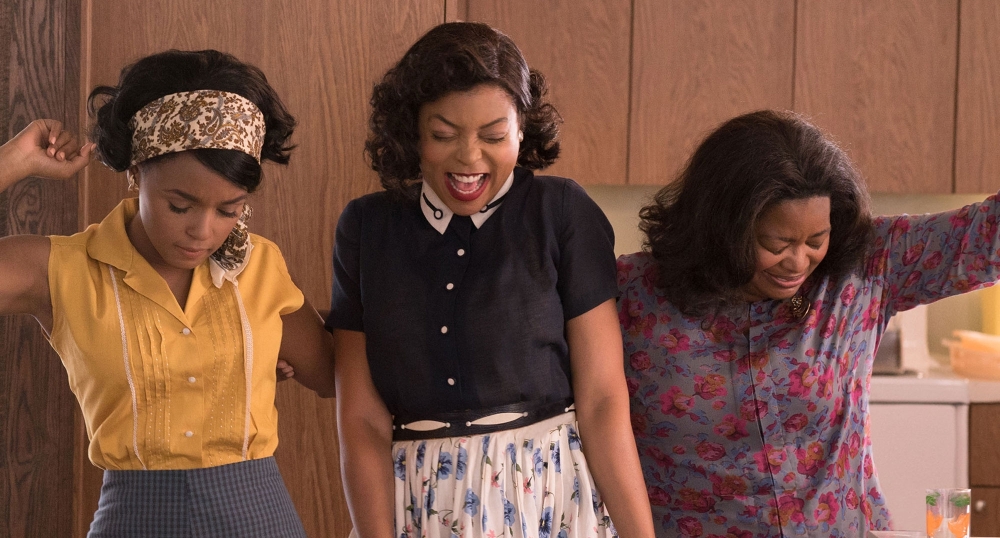 The title “Hidden Figures” has multiple meanings. The obvious one points to the fact that the three main characters work at a secluded part of the company and no one acknowledges their work. Their manager just brings them work and notifies them if they’re needed in a different department. The title could also represent the many people who work tirelessly to get astronauts up in space. It could also mean the many numbers that are required to get a mission into space possible.

There’s a touch of romance in the film with Katherine Goble but the focus is mainly about their struggle. It is frustrating to watch sometimes and you want to yell at the people on the screen. It was a time of so much ignorance, not only with African Americans, but with women. Vivian Mitchell, the women’s supervisor, is seen as this mean boss lady who pushes them around. It is easy to pick on Vivian and label her as the enemy, but she has also been discriminated against. She also has her own team of smart women who can be engineers. Since they are women, they aren’t even considered. It was just a really sad time and I’m glad that we’ve come so far from what it was in the past.

The acting is phenomenal and they had such great humor in the movie. Very entertaining. This is a great film and if you haven’t already, go see it!