Inside Out was a great movie. I was hesitant to watch it but when I did, I loved it. I saw it with my fiance and we both fell in love with the film. I was thinking of what I should make and I decided I should make something from the movie. Since green is my favorite color and I thought Disgust was pretty cool, I wanted to make a doll based on Disgust. I had to use multiple images because it is always tricky when you are working off of just one image. Here are the images I was working from and maybe they will also help you visualize what your doll will look like. 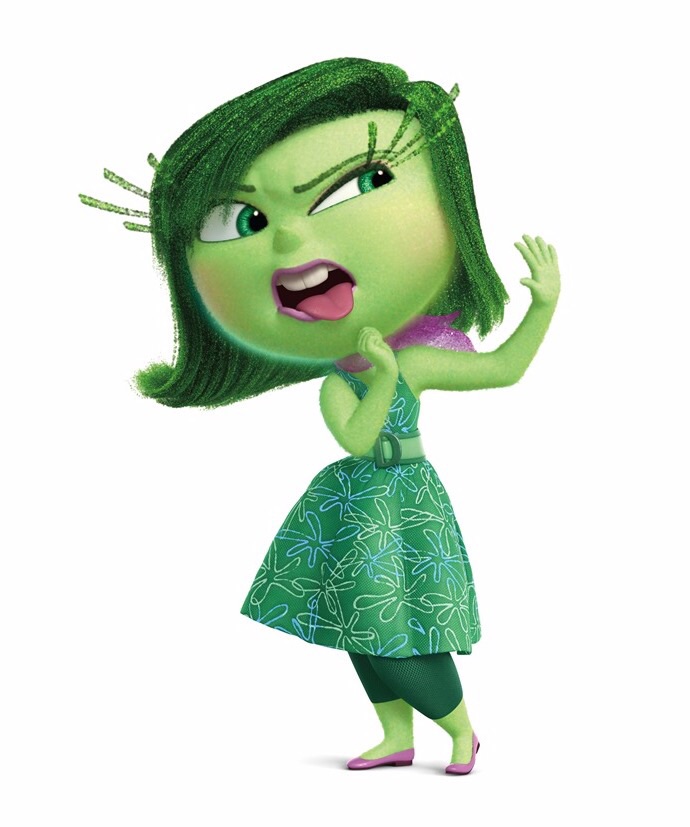 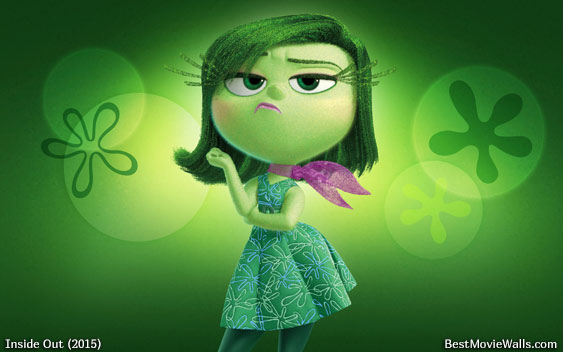 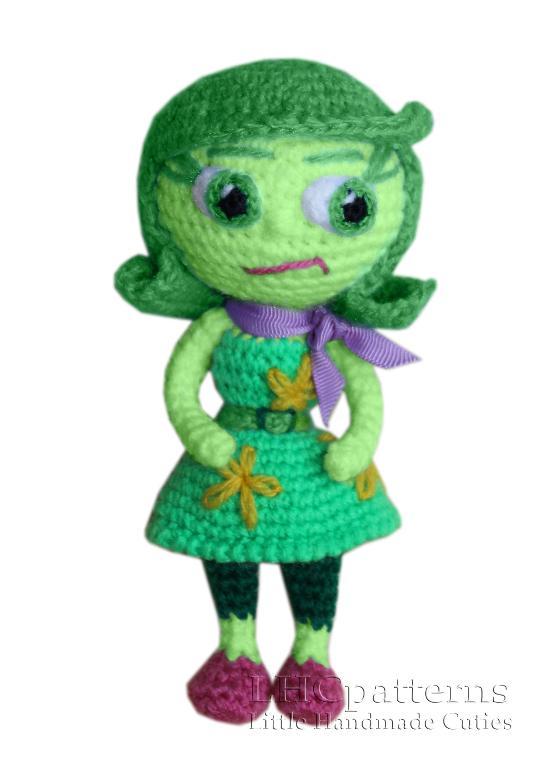 This last image was from a pattern on craftsy. I just saw this image on google images. For my doll I decided to add more “flowers” on her dress because that’s what she looks like in the movie. Also, I wanted to make her hair the same way because doing it with strands of yarn wouldn’t have given me the look I wanted. I also wanted to make her hands more realistic. I did the eyelashes the same as the last image because making them stick out just made her look creepy. If you would like the pattern and a look at the doll I make scroll down for an image, the video I made on YouTube and the link to the pattern. 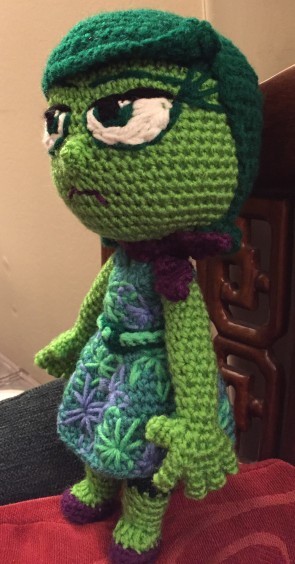