Madhouse produces great anime with interesting storylines. It’s no wonder that Millennium Actress is such an amazing film. It was directed by Satoshi Kon, produced by Taro Maki and written by Sadayuki Murai and Satoshi Kon. Satoshi Kon had also written other popular titles like Paprika, Paranoia Agent and Tokyo Godfathers. He is also known to be an amazing artist which shows in his attention to detail in Millennium Actress. 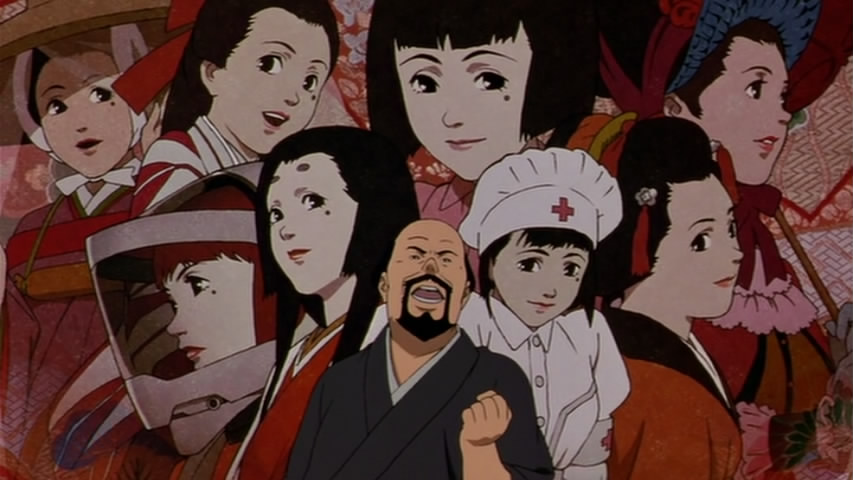 The film was released in 2001, so it’s not a new movie. The movie won several awards including the Grand Prize in the Japan Agency of Cultural Affairs Media Arts Festival and tied with Spirited Away which is also one of the best anime films I’ve seen. At the 2001 Fantasia Film Festival it won Best Animation Film and Fantasia Ground-Breaker. At the 8th annual Kobe it won the Feature Film Award. The film won the Ofuji Noburo Award at the 2002 Mainichi Film Awards. In Spain the film got the Orient Express Award at the 2001 Festival de Cine de Citges. At one point, on the popular Internet Movie Database it was in the top 50 list for best animated films.

Millennium Actress is about an actress named Chiyoko Fujiwara who reminisces about her acting career in a interview with a TV reporter, Genya Tachibana. In her years as an actress she had played many interesting roles including an astronaut. As a young girl she had met this artist/revolutionary who had needed her help to escape the authorities. She helped him hide and escape and spent years searching for him after. As she tells Genya about her life and her movie roles, the two blend together and the viewer no longer knows which one is fiction and which one is fact. I loved how they did this because I can definitely relate to this. Now I don’t know about other people but sometimes I mix up my dreams and my memories, especially childhood memories. Dreams can sometimes feel real and as time passes they tend to blend with past memories. I try to remember something about my childhood and I’m not sure if I’m remembering a dream or if it really did happen. So in a sense I understand why the movie is told in this fashion and it’s very creative. In the beginning of the film, past events mix with the present. During the interview, Chiyoko’s past invade her living room and it is as if Genya and his assistant are there with her. As the interview progresses, they are “transported” into her memories. It’s like they are there with her, filming her life as she grows up. Maybe Satoshi Kon wanted to show us that Chiyoko was that good of a storyteller that her interviewers felt like there were actually there. 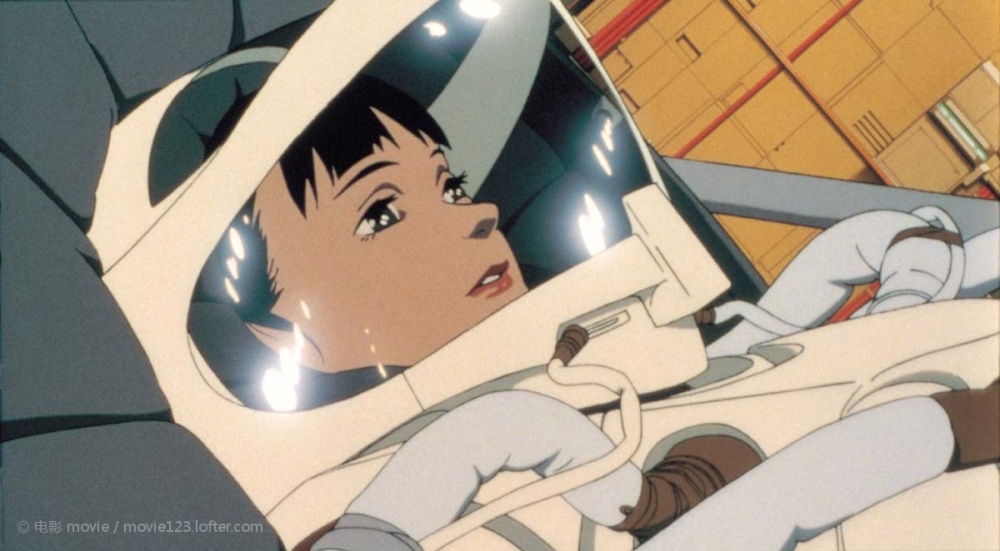 Every movie role Chiyoko has had portrays a girl looking for the same man she saved. I’m not sure if she actually played those roles or if she had confused her memories for movie roles, but in every movie, she is constantly looking for him. It must have been exhausting for her to keep searching but she has never forgotten. It may have been the fact that she had fallen in love or just plain curiosity. It’s hard to say how she felt about him. She lived a sheltered life with her mother after her father died. She probably saw some excitement and adventure with this man and felt compelled to look for him. I think he made her feel alive for once. Throughout the movie you feel for Chiyoko. She had been born during the Great Kanto Earthquake and lived through Japan’s hardest times.

Millennium Actress moved me to tears because the story was very touching. I would definitely recommend this anime. You won’t be disappointed 🙂